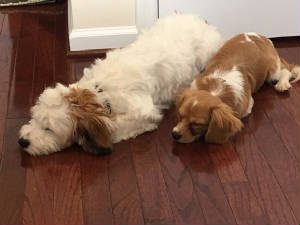 We have two sets of separate crates for our boys (living room and bedroom) and they sleep separately at night. However, they’ve decided they want to nap together during the day. When we put Enzo in his crate Beauregard would jump right in his without any encouragement. A few days ago, when they went down for nap time Beauregard took a left at the last second and went in with Enzo. When we took him out both boys got riled up, so we put him back in. Two minutes later they were asleep like this. Don’t know how we lived before without these two jokers.
Kit Rudd
Warrenton, VA 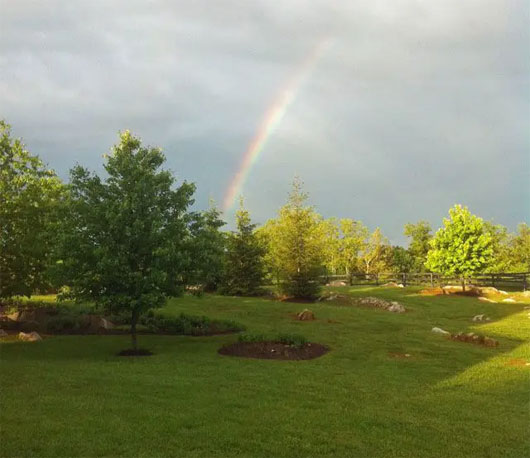 The beautiful gardens, rolling hills and miles of board fence of Gleneden are located in Berryville, Clarke County, Virginia.
Visitors are welcome by appointment.

WE LOOK FORWARD TO WORKING WITH YOU